Molly Trott joined the University of Pittsburgh Department of Athletics in November of 2018 as an athletic trainer working primarily with the men’s and women’s cross country and track and field teams. She also supervises the graduate assistant athletic trainer for her programs.

While at Pitt, Trott has implemented screening measures and corrective protocols to decrease injury risk with the track and field programs and is evolving these efforts to encompass the cross country and distance student-athletes. Trott’s philosophy of practice focuses on soft-tissue manipulation and mobilization, as well as comprehensive rehabilitation and corrective protocols.

Prior to her arrival at Pitt, Trott served as the athletic trainer for the men’s and women’s cross country and track and field programs at the University at Albany in New York. Trott was a part of six America East Championships with the program and helped two second team All-American student-athletes reach the Division I NCAA Championships. At the University at Albany, Trott worked directly with the sports psychologists to develop and implement the Wellness Questionnaire to be used in the prevention and recognition of mental health illness in student-athletes. She also served as the faculty advisor for the UAlbany Wellness Program, and helped coordinate its foundation for continued success in helping student-athletes balance the mental challenges of athletics, school work, and social life in a peer-to-peer setting.

Trott served a two-year graduate assistantship in the Sports Medicine Department at Syracuse University from 2014-16, earning a master’s degree in exercise science. At Syracuse, she worked directly with men’s crew, women’s rowing, women’s tennis, softball, and men’s and women’s track and field. Trott also served as the liaison for the department’s Osteopathic Manipulative Treatment clinic.

A native of Erie, Pa., Trott resides in Penn Hills. 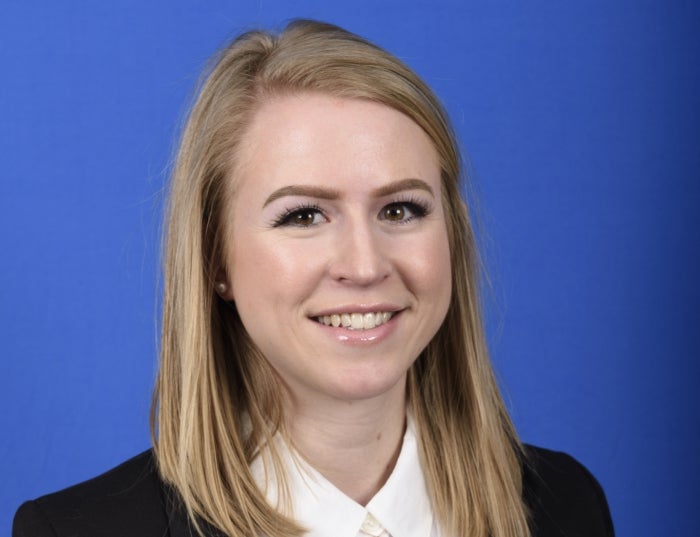