Shawn Mueller joined the University of Pittsburgh Department of Athletics in September of 2016 as part of the Sports Medicine staff. She serves as the primary athletic trainer for the women’s gymnastics team; the first full-time athletic trainer in Pitt gymnastics history. During her time at Pitt, the gymnastics team has produced several record-breaking seasons, including several NCAA individual qualifiers as well as team qualification in 2018.

In addition to her clinical responsibilities, Mueller is an adjunct clinical instructor for Pitt’s NATA-approved undergraduate athletic training program. She also serves on the department’s Mental Health Task Force, the Sports Medicine and AT Program Advisory Board, assists in First Aid/CPR instruction for the athletic department, and is the social media director for the Pitt Sports Medicine accounts.

Prior to her arrival at Pitt, Mueller spent six years serving as the senior athletic trainer at the College of William & Mary. During her time with the Tribe, Mueller was responsible for the men’s and women’s gymnastics teams as well as the field hockey team. The women’s gymnastics team earned the ECAC Championship title in both 2014 and 2015 while the men’s team earned the title in 2014, advancing to the NCAA Championships. Along with her responsibilities to the gymnastics and field hockey teams, Mueller briefly worked with the men’s cross country team, which garnered distinction of CAA Champions in the year 2010.  She also served as the continuing education, policies and procedures and orientation coordinator for the sports medicine program while acting as clinical instructor to the undergraduate athletic training program at Western Carolina University and the graduate athletic training program at Old Dominion University. She also served a two-year graduate assistantship at William & Mary working with the gymnastics, football and baseball teams, while earning a master’s degree in physical education through Old Dominion University in 2010.

A 2008 graduate of the University of Pittsburgh with a Bachelor of Science in athletic training, Mueller was a four-year member of the cheerleading team under the direction of head coach Theresa Nuzzo.

A Pittsburgh native, Mueller resides in the South Hills with her husband, Bryce, their son, Maddox, and their dog, Nico. 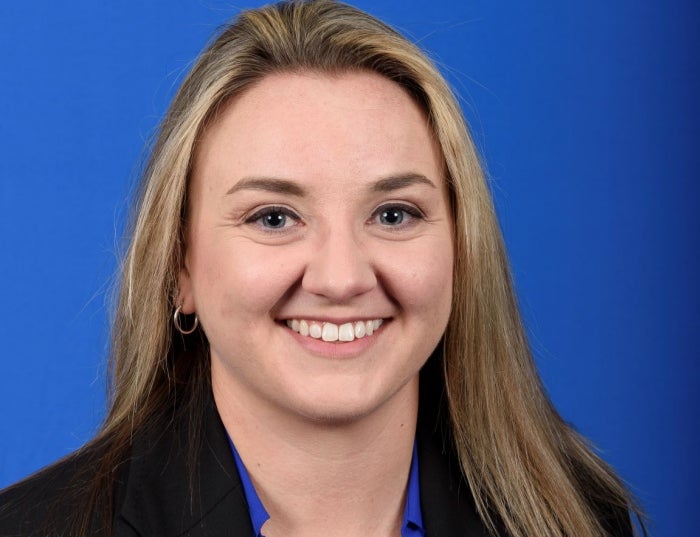