Leading the Way in Veterans’ Mental Health and PTSD

Soldier’s Heart. Shell Shock. War Neuroses. Combat Stress Reaction. Battle Fatigue. All these names have been used over the centuries to describe mental health challenges that warriors have developed after returning home from combat. The emotional and psychological effects of war have changed little, but their diagnoses and treatments have. For United States veterans, post-traumatic stress disorder (PTSD) was officially recognized as a diagnosis by the American Psychiatric Association (APA) in 1980. This was the result of years of research on nearly 700,000 Vietnam veterans who sought help for their mental health problems in the 1970s.

Eric Meyer, professor and director of the University of Pittsburgh’s Clinical Mental Health Counseling program, has worked as a researcher and clinician treating veterans and emergency responders with PTSD for nearly 20 years. Like so many who experienced the events of September 11, that day turned out to be a pivotal turning point in his career. He was studying schizophrenia for his doctoral work in New York, but in the days after 9/11, he volunteered with fellow students and professors to counsel impacted students. The experience gave him a new perspective in helping others who have lived through traumatic events. 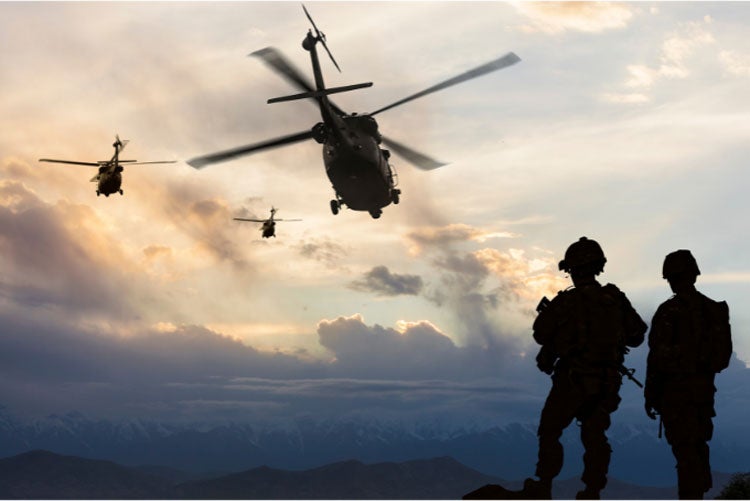 After his PhD, he interned at the National Center for PTSD at Boston’s Veterans Affairs (VA) Medical Center. He recalls, “That was fantastic training. At the time, in 2004, the first wave of veterans was coming home from Afghanistan and I had the chance to be able to treat some of them.” This post-9/11 world was framed by the aftermath of terrorist attacks and journalists embedded with American soldiers fighting a war overseas. The media’s attention on veterans, mental health and suicide was regular front page news. Meyer’s involvement helping returning veterans work through the trauma they faced made a lasting mark on him as a clinician. “It felt like really impactful work, and I wound up gravitating towards the traumatic stress work more than my work in schizophrenia.”

Meyer joined the faculty at Texas A&M Medical School and continued working as a clinician and researcher at the Central Texas Veterans Affairs Medical Center, near Fort Hood, treating veterans returning from Afghanistan and Iraq. Vietnam veterans were also still seeking help decades after their service ended. He says that veterans can return from deployment and not seek treatment for the psychological impacts of war until years later. “They have nightmares, unwanted memories of things that they had experienced or a strong desire to avoid or numb themselves to those memories, often through alcohol.” If the veteran has bottled up their emotions for years, watching an unrelenting stream of media war coverage or retirement can trigger the memories to come flooding back. Left untreated, these crushing emotional experiences hinder the veteran’s quality of life, their relationships and their ability to function optimally in society. 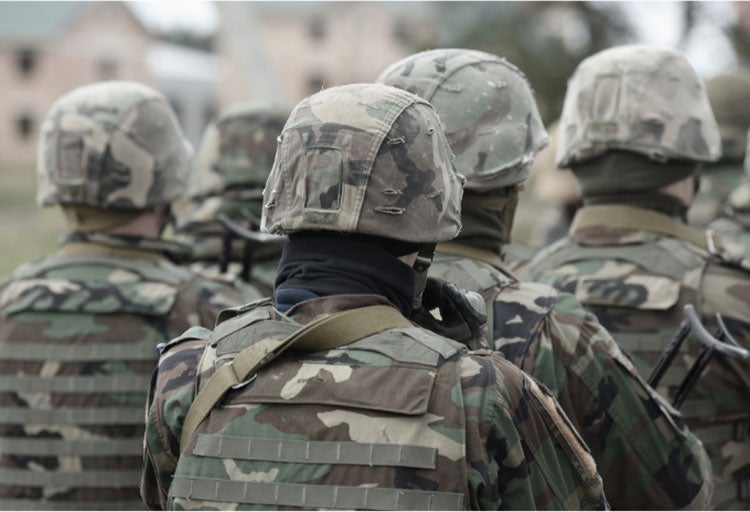 At the VA in Texas, Meyer observed that the leading PTSD treatments had mixed results. He was using evidence-based, cognitive behavior therapy approaches, but veterans fresh out of combat did not seek treatment or respond consistently. He explains, “They didn’t have enough distance from their warzone experiences to be aware of how they impacted their lives. They’re still winding down from survival mode, so symptoms like being on edge or constantly watching their back still feels adaptive. It might not be until later, maybe after marriages fall apart or they can’t hold a job and then the veteran realizes that there is a problem.”

Leading a New Therapy for Veterans with PTSD

Meyer began using a newer version of cognitive behavior therapy that had only been used in a few case studies. This initial work resonated with him, and so he applied it to his work with veterans. Called Acceptance and Commitment Therapy (ACT), it was a new method of teaching clients how to recognize and respond to unwanted thoughts, feelings and physical sensations. Meyer and his team modified the ACT protocol for veterans. He says, “We specifically focused on veterans with both PTSD and alcohol use disorder. The rationale (of ACT) is that those memories of traumatic events are not going to go away, so how do you learn how to accept-–how to effectively live with--the emotional distress.” 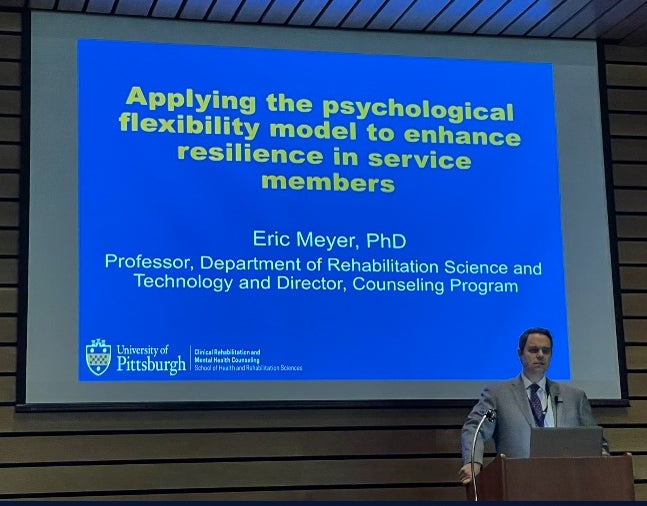 Meyer presenting on ACT at a conference in Texas

Two of the key tenets of ACT are mindfulness and psychological flexibility. “Essentially, ACT blends mindfulness or meditation practices with traditional behavior therapy. It teaches people to really notice when they're experiencing emotional distress and to notice what kind of coping strategies they're using, which are often automatic, ineffective attempts to try to control or avoid unwanted thoughts and feelings,” explains Meyer. The concept of psychological flexibility is for the client to remain present and allow their emotional distress to be there while putting their energy into what’s most important to them--their personal values and goals. Meyer continues, “They clarify their values and focus on taking action in order to carry out lives of meaning and purpose, as opposed to spending all their energy trying to get rid of emotional distress, which usually doesn't work in the long run anyway.” 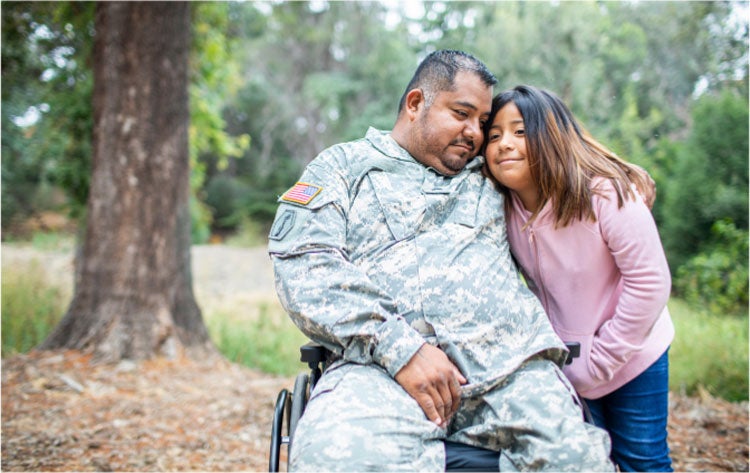 The Next Generation of Mental Health Counselors

Meyer’s dedication to helping veterans extends to his role as director of Pitt’s Clinical Mental Health Counseling program where he teaches the next generation of mental health professionals. The master’s degree program, which recently received special recognition from the Pennsylvania Counseling Association (PCA) as the 2022 PCA Outstanding Counselor Education Program, prepares students to become mental health counselors in two years. Meyer finds that many students who want to get into the field of mental health don’t realize this may be a good fit compared to a lengthier, research-driven degree in psychology. “Getting a degree in our program is a much faster, more focused route to becoming a clinician,” says Meyer, “and that's really what a lot of students want to do. The counseling profession is fantastic. It's really focused on delivering counseling and related services.” 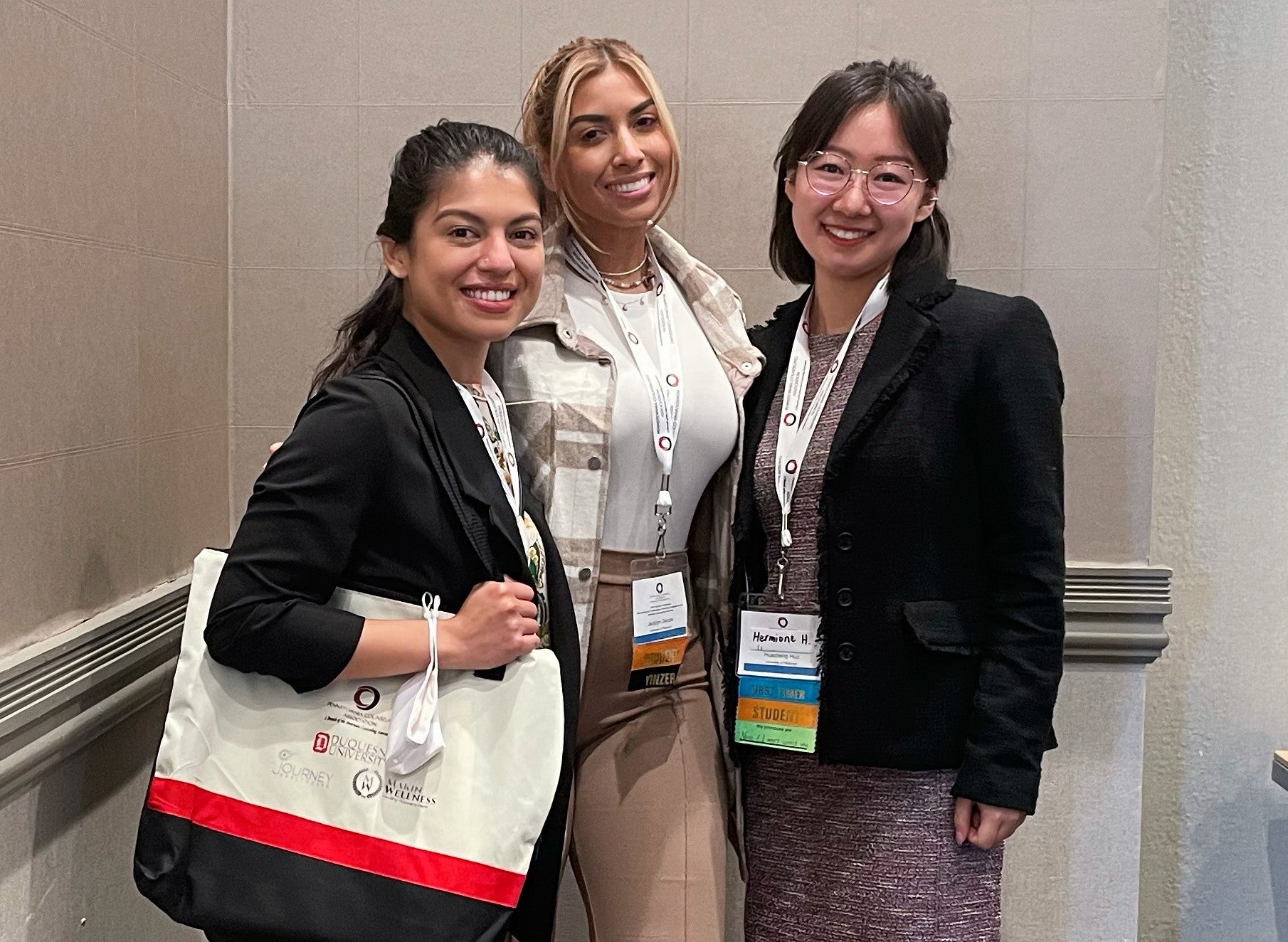 Second-year mental health counseling graduate student Jackilyn Garces came to the Pitt program from Miami, Florida, specifically to work with veterans. She notes that the faculty have backgrounds working with veterans and active duty military personnel, which is an important asset as she learns how to work with them herself. “The Counseling program at Pitt is unique in that it offers students an opportunity to learn about the mental health challenges faced by people living with disabilities, which are so often connected to veterans' experiences. When you're in a place like Pitt, where faculty are supporting your goals, it's hard not to feel like you're meant to be there.”

In addition to helping veterans with vocational rehabilitation services in her internship at the Pittsburgh VA, Garces works at the Pitt Center for Emergency Responder Wellness, which Meyer directs. There students are trained in the specific needs of emergency responders, who are often veterans, and deliver mental health treatment at no cost. Garces says of the experience, “I have found that the similarities between the emergency response culture and military culture have been helpful in counseling veterans in recovery. They both exist in a world of uncertainty, they're both made up of people who are willing to take risks to protect others, and they're both driven by an ethos of service.”

Deserving of the Help

SHRS faculty and students are also driven–by a commitment to help veterans in our community. Garces has learned in her time interning at the VA that many veterans do not take advantage of the resources because they don’t know how, what is available or they don’t think that they need help. She says that it’s important for veterans to know, “Whether you're currently struggling with mental health issues or just want to be proactive about preventing them from developing later in life, there are free resources available at your fingertips!”

Meyer has watched the profession evolve and contributed to new methods of helping veterans. “The field has come a long way in terms of our understanding of mental health and mental health treatments. Feeling like I'm part of the evolution of the field is very gratifying.” He admits that working in traumatic stress is not for everyone, but for him it is where he was meant to be. “I like the intensity and the challenge of working with people on the most difficult events of their life and helping them recover, especially people who are traumatized in the course of being public servants. They're very deserving of the help.”

If you are a veteran or family member of a veteran, know that you are not alone. Please visit these recommended resources led by professionals dedicated to helping veterans thrive again.

To learn more about the Clinical Mental Health Counseling program, please visit our webpage or reach out to our enrollment specialists at enroll@shrs.pitt.edu!