A New Era of Excellence in Sports Science at Pitt Athletics

A New Era of Excellence in Sports Science at Pitt Athletics

Only one month after graduating with his PhD in Rehabilitation Science, Proessl moved into his new position as director of Sports Science at Pitt Athletics in June 2022. It was a position he seemed destined for ten years after he first began looking into how science could improve his own athletic performance. He is continuing his work with the men’s soccer team, but he is now also a resource for all other sports. He explains, “My task is to centralize data, ensure it’s collected and processed at the ‘gold standard’ and then create digestible reports to inform the decision making of coaches and the support staff.”

Stephanie Mock, assistant athletic director for Sports Performance, adds that “Felix will bring a lot of experience with technology and research, and he will help us continue to grow our application of technology for all of our teams. He will interface with all coaches in some form. He will be responsible not only for the dissemination of data and educating our coaches, but he will also be tasked with bringing new and innovative ideas to our performance coaches to utilize in their training.”

Proessl’s work with Pitt Athletics during his PhD program formed a solid foundation of trusted relationships that will continue to build as his role grows. Mock says, “Felix has spent a good amount of time here at Pitt and has had a lot of success with the men’s soccer program and has created a lot of close relationships with people in the Pitt family. He brings a fresh perspective to our performance staff by viewing things from a ‘sports scientist’ point of view.”

For Mock, Proessl’s success is not just the result of his ability to do the hard science. She recognizes that the drive and passion behind his personality permeates his work and infects those around him. “Felix has both the knowledge and emotional IQ to talk with everybody: head coaches, student-athletes and performance staff. He is able to get them to understand and get excited about the theory behind the science.” 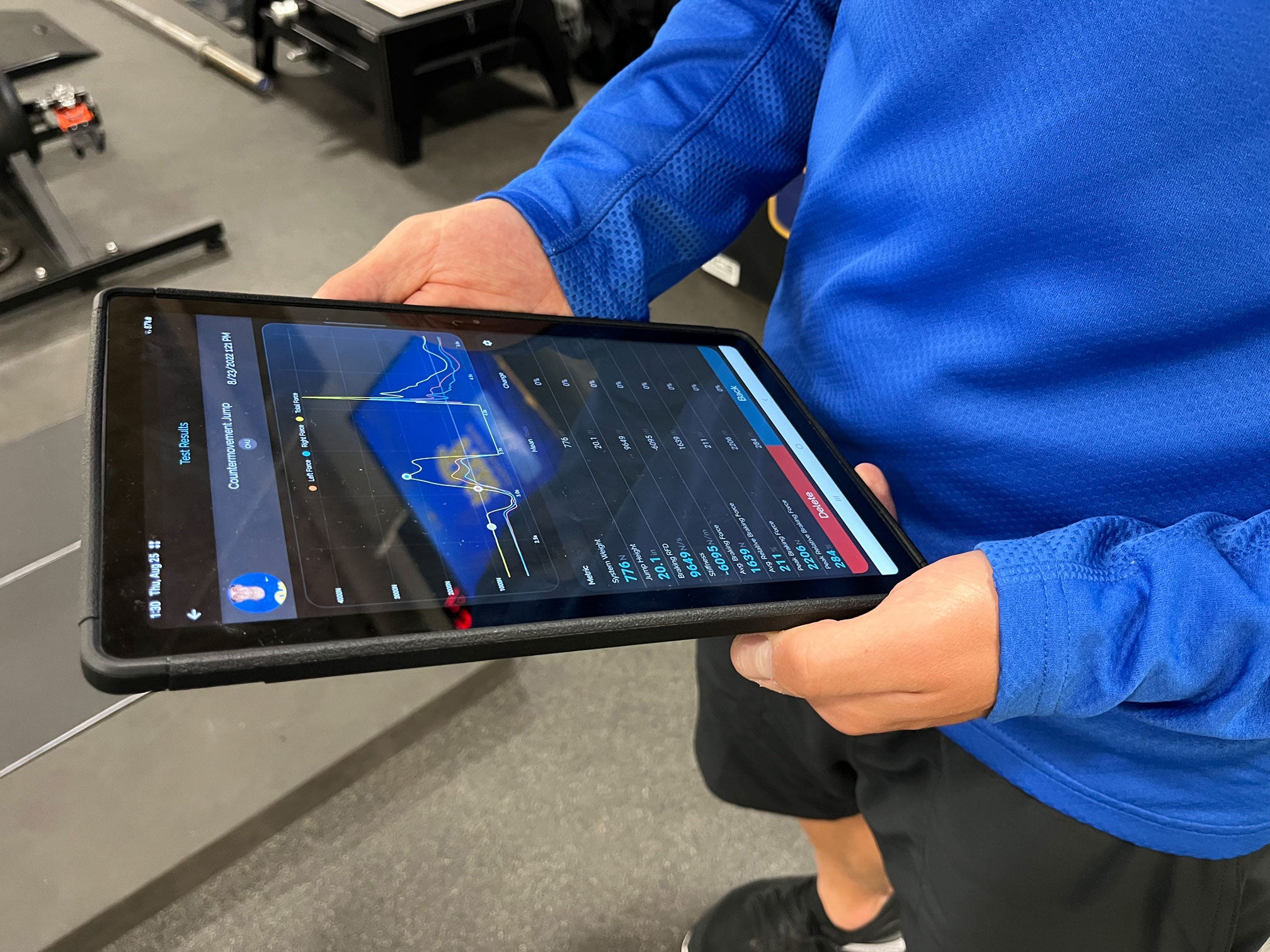 Proessl demonstrating the results of an athlete’s sports science performance

In the few months that he’s been on the job, Proessl has already identified what he enjoys most. “It’s seeing the impact of the work, literally on a day-to-day basis. I’m lucky to be surrounded by people who see the value of sports science, who are open-minded and willing to adapt some of their decision making around data.”

The sports science staff at Pitt Athletics will continue to expand with Proessl’s leadership. In fall of 2024, they will move into the new Arena and Sports Performance Complex that will house a cutting-edge sports science lab designed in part by Proessl. This elite facility is one initiative from Pitt’s Victory Heights campaign. The athletic complex will replace the aging, 72-year-old Fitzgerald Field House with a new arena for the University’s nationally ranked volleyball, gymnastics and wrestling programs. The 25,000 square feet Sports Performance Complex will feature state-of-the-art equipment and space for strength and conditioning, sports medicine, nutrition and mental well-being needs for 16 of Pitt’s 19 intercollegiate athletic programs. When Pitt coaches and athletes enter its doors, they’ll know they have arrived at a facility that rivals any Olympic training facility in the U.S. and with Proessl at the helm of the highest level of level sports science. 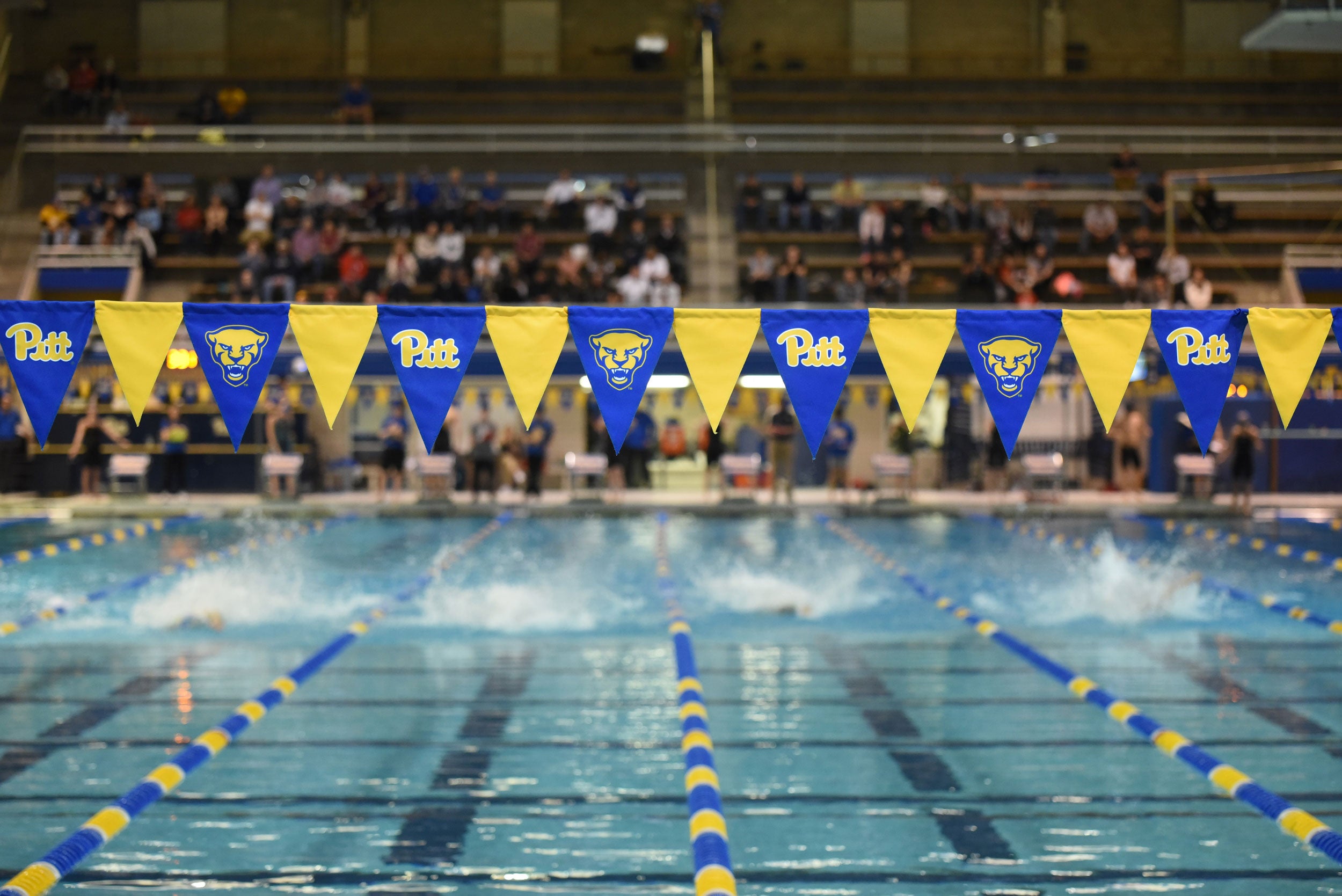 A Sports Science Leader at Home with Pitt Athletics

The road Proessl has traveled to become director of Sports Science at Pitt was not always a neat, linear path connecting his undergraduate studies, master of science program, doctorate or numerous published papers. There were times when he didn’t know where he would be at the end of one research project or academic degree. There was a time after his master’s degree that he couldn’t find a job, being an international student. The path that did connect and keep him going forward, however, was his passion for soccer and the science of athletic performance, and it never wavered. In many ways, his persistent drive helped create his own luck. Where opportunities didn’t exist, he made his own with the help of his growing network of connections. This continued at Pitt, where the SHRS faculty and Pitt Athletics staff supported his ambition and readily assisted with furthering the connections that have formed the outline of his career.

Navigating an academic path can have its frustrations and challenges, but Proessl gives this encouraging advice to students, “I think it's important to do something that you really enjoy. If you're curious and excited about it, you’re automatically going to do better. Then you're also going to learn faster and become a better practitioner as a result.” He continues, “Be curious and willing to just learn. Try to be a sponge and soak up as much as you can.” Still, it doesn’t come without doing the time and hard work. “Be willing to do more. Even though I worked five years unpaid, I tried my best to just be present and learn.”

Now as he walks around the Petersen Sports Complex, he is greeted by athletes and staff who know him not just as the sports science guy, but as a leader committed to their success. Someone who sees their drive towards excellence and passion for sports as his own.

Learn more about the SHRS Master in Sports Science and PhD in Rehabilitation Science programs by visiting our page or reaching out to our Enrollment Specialists today at enroll@shrs.pitt.edu!